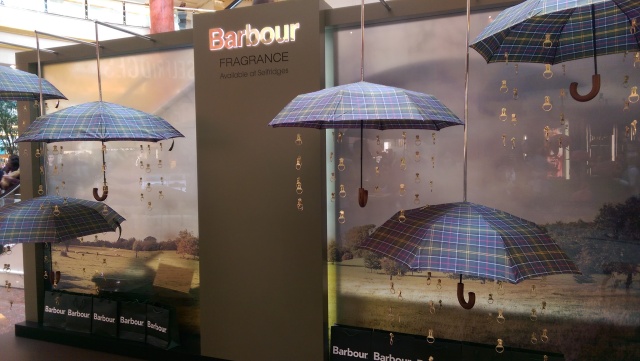 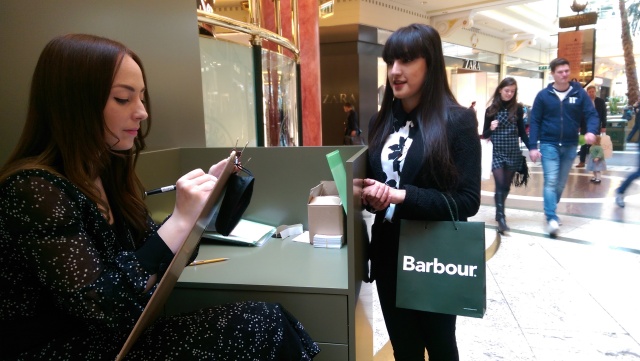 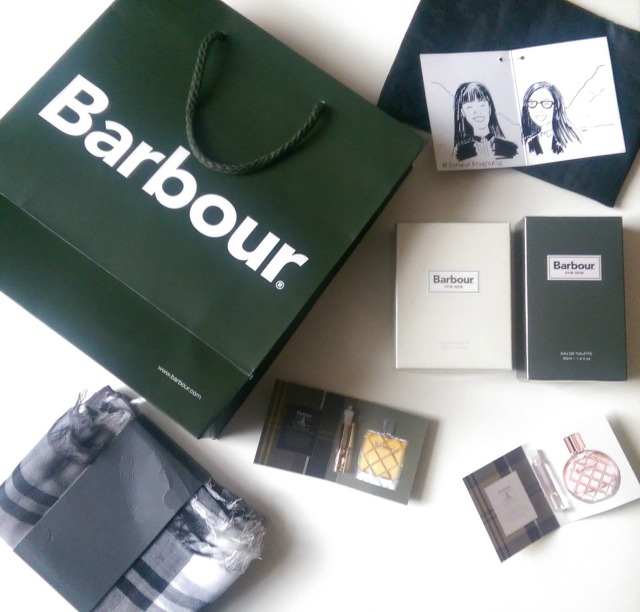 On Saturday the 27th of February I got invited to come down to the Trafford centre for the launch of the fist ever fragrances by Barbour in Selfridges. This event totally was something I couldn’t afford to miss!

Once I arrived at Selfridges I met the illustrator and the event staff they were all so lovely and were excited as me for these fragrances to be launched!

This is the first set of fragrances Barbour have launched. They’ve launched two one for men and on for women. One of my favourite aspects of the fragrances is that they both have such well thought out packaging which is so pleasing because packaging is such a big deal for me.

The women’s fragrance consists of an elegant blend of rose jasmine and blush peony complemented by a heart of sweet vanilla musk and rich notes of vetivar. The men’s fragrance consists of a sophisticated aromatic fragrance bursting with bitter grapefruit and spicy woods, drifting on to a heart of patchouli, amber,tonka, beans and musk. The scent for both is such a subtle scent which isn’t too strong but strong enough for you to know you smell lovely and it definitely lasts longer than you’ll think.

You can get the mens fragrance here which is exclusive to Selfridges.

You can also get the womens fragrance here which is again exclusive to Selfridges.

I also had the chance to get illustrated by the lovely Joanna. It’s such a special illustration which I can cherish she’s so talented!

It was so lovely to find out so much more about Barbour that I didn’t know. At the end of the event I received a goody bag which had both the fragrances and a Barbour scarf which I love it’s such a pretty accessory.

Thanks for reading – stay sassy x

This site uses Akismet to reduce spam. Learn how your comment data is processed.